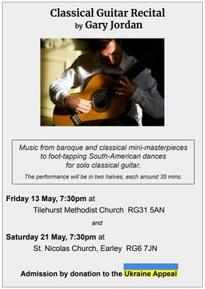 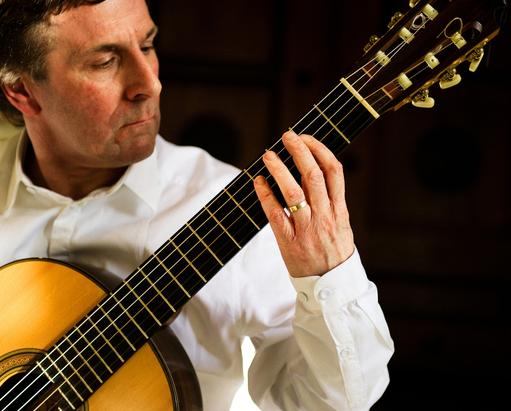 Gary Jordan is a classical guitarist based on the outskirts of Reading, England.

In 2014 he  swapped his engineering career  for one in music and now teaches and performs in South East England.

Gary was initially self-taught before studying part-time at the Welsh College of Music and Drama, he then moved to the Reading area and spent several years studying with Gerald Garcia, Ray Burley and Fiona Harrison. Gary has played in masterclasses for John Mills, Gilbert Biberian, Edoardo Catemario, Craig Ogden several other eminent figures in the guitar world.

In 2019 Gary gained an ABRSM Licentiate Diploma in Guitar Performance; he also holds Post Graduate Diploma in Music Teaching (PGDip MTPP) gained with distinction from Reading University in 2006.  He is a member of the Incorporated Society of Musicians (ISM) and the European Guitar Teachers Association (EGTA) and has full DBS clearance for working with children.

Gary was chairman of the Berkshire Guitar Society in Bracknell for many years. He also holds a BEng Honours degree in Engineering Science.